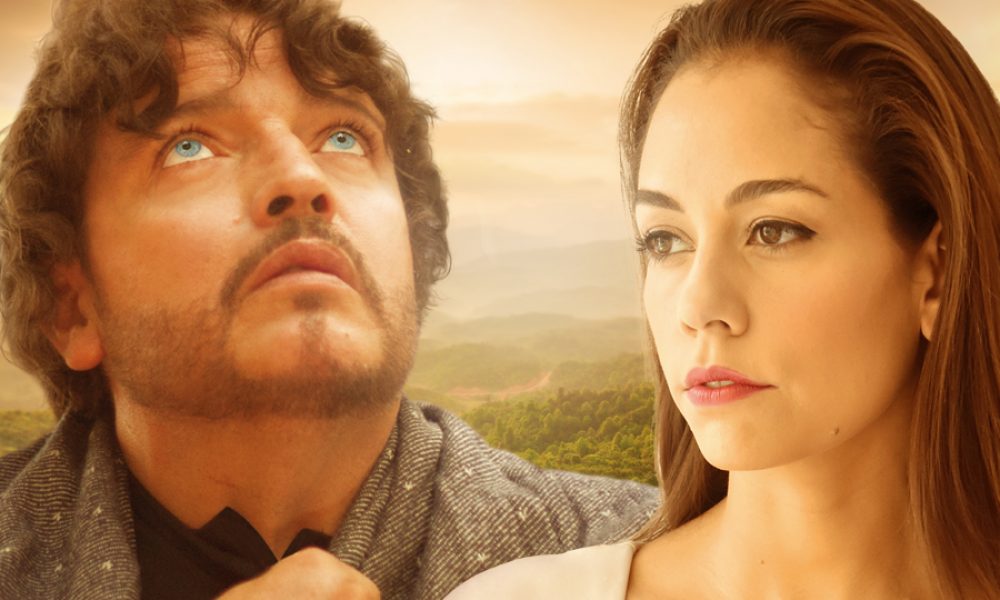 RAFA ROJAS RETURNS ON THE FILM AWAKENING: PASSING THROUGH THE DARK WILL BE THE WAY TO FIND THE LIGHT

We have recently added to our catalog the co production Costa Rica – Mexico – Colombia: AWAKENING of the Colombian-Costa Rican director Soley Bernal.

With the performance of the well-known gallant of Televisa’s telenovelas of the 80s, the nationalized Mexican-born Costa Rican Rafa Rojas and the French Mexican Alejandra Toussaint are the main characters from this inspiring film based on real life stories.

The protagonists Ignacio (Rojas) and Sara (Toussaint) face the biggest test of their lives as a family and a couple: the death of their 8-year-old son. With a pain so deep that it wreaks havoc, Sara is destabilized leading to intense depression and a month after losing her son finds she finds out she is is pregnant. On the other hand, Ignacio does not deal well with the news and locks himself in work ¡ work to escape the pain of loss, but pain always seeks a way out and Ignacio develops a terrible cancer; there is a connection between the physical being and the soul.

Human and sensitive, with very real characters, neither good nor bad  the film shows how adversity is part of life. At some point you have to deal with failure, illness or death. Awaken is an exploration of pain, an intimate vision of a couple who is hit by various calamities.

According to the director, “Awakening speaks about accepting and continuing, facing instead of evading pain, confronting fear and accepting failure

, death or illness as catharsis, as purification. No doubt, pain makes us stronger. ”

It usually happens that when we look for answers they do not appear at the expected time, according to Bernal “Sara and Ignacio should open their hearts and heal from the inside out to achieve a true AWAKENING”

With a wide career in telenovelas, films and series, his career began at 22 years old in 1984, when he jumped to international fame in the telenovela “Quinceañera” with the actress and singer Thalia. From there on he added dozens of projects including 14 films, in a successful career of 28 years.

In 2010 he made his last novel and in 2013 he made his last appearance in a series, at that time he decided to withdraw from public life. “I did not feel comfortable with the quality of the productions, everything had changed, it was very light, there was not the same professional rigor and I was looking for challenges as an actor” said Rafael.

Awakening marks the return of Rafael Rojas to acting after 6 years of pause. In 2016 false rumors emerged that he was living in poverty, a Mexican magazine published some alleged photos that ultimately turned out to be of a man who resembled the actor, the false news went around the world, Rafael publicly denied through of a video this news, telling his audience that he wanted to withdraw from the performance by personal decision and that he lived happily dedicated to his family and to his work as a teacher in Mexico.

She studied acting in Paris and has participated as an actress in several films, television series and plays. In the movies, the following films stand out: Go back to see, Entre Legs and Morgana. In television series he has acted in “El Señor de los Cielos”, “El Capo” and currently he is writing a novel for TV Azteca Tres Familias. He has worked for major networks such as Fox, History Channel and National Geographic.

She studied acting in Paris and has participated as an actress in several films, television series and plays. As far as films: Volverte a ver, Entre Piernas y Morgana. TV Series: “The Lord of the Skies”, “El Capo” and she is currently working for Tres Familias a telenovela for TV Azteca. She has also worked for big networks such as  Fox, History Channel and National Geographic.

As a promise of Mexican acting, she has been invited to be the main host at the prestigious Guadalajara Film Festival and has been the cover of several Mexican magazines.